‘We’re learning that compassion is the glue that holds communities together. It’s about neighbors looking out for each other, it’s caring about the least fortunate and giving everyone a chance to contribute in a significant way to the health of the community’. 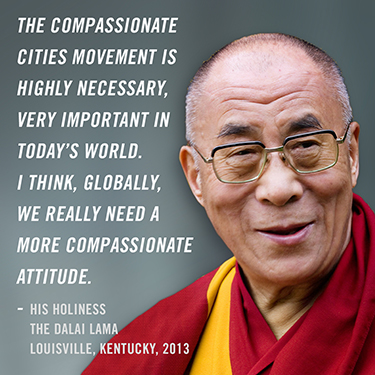 Some places are kinder than others. Saunderstown, for instance, where all our OMs originate, has long been renowned for its friendliness. Such qualities tend to be apocryphal, their nature making them rather difficult to measure. Until now, that is.

You see, researchers at Charter for Compassion International (more about them later) have been striving to do just that in recent times. To quantify, rate and rank. To educate and inspire. To demonstrate that kindness and compassion can be integral to all our lives. To give us something to aim for.

It’s about making the practice of caring for each other into a mandate that cities all over the United States can sign up for. ‘It’s about more than encouraging volunteerism, explains Andrew Hines, the executive director of Charter for Compassion International, a group dedicated to making our planet a more compassionate place. ‘Compassionate cities work consciously, intentionally and publicly, to shine a spotlight on compassionate actions in every sphere of public and private life’.

Louisville is one such city, the Metro Council there having signed up for a program that has gone from strength to strength in the last 18 months or so. ‘Being compassionate is both right and necessary, to ensure that we take care of all our citizens,’ says Greg Fischer, the Louisville mayor. ‘There’s a role for us all in making sure [that] no-one gets left behind’.

In essence, this is what we’re about, here at OM®. Spreading kindness and compassion. Encouraging inclusion. Celebrating good deeds. Ensuring that no-one is left out and no-one left behind. In this, it seems, we’re not alone . . .

You see, according to those responsible for the research, Washington DC is the most compassionate city in the United States, followed by (in order) Nashville, Minneapolis, Denver, Birmingham, Salt Lake City, Austin, Louisville, Jacksonville and Atlanta. These rankings are not arbitrary, with a complex formula based around such things as the percentage of income given to social causes, the number of volunteers, the number of non-profit organizations and other data having been devised.

‘The metrics used to place a community on a list of compassionate cities – donations, volunteers and numbers of non-profits – are significant, but they don’t tell the whole story,’ says Andrew. ‘We’re learning that compassion is the glue that holds every community of any size together. It’s the capacity of neighbors to look out for each other, to care about the least fortunate, and to give every citizen the opportunity to contribute in a significant way to the health of the community’. This is something that strikes quite a chord here . . .

You see, for all the data that has been analysed, the bottom line is that people are at the root of this thing. It’s about basic humanity, pure and simple. Doing more. Being better. Sticking together. Making connections.

‘There’s nothing easy about compassion, but the results are life-changing,’ says Ann Bugh, from Compassionate Houston, a grassroots group that, in February, signed the Charter for Compassion. That charter, incidentally, is described as ‘the best idea humanity has ever had’. You can read it here. You might also find this short film rather interesting . . .

One thing that jumped out at us, incidentally, was the part that spoke about ‘our deep interdependence’, for this is the red thread, the connection that inspires all our efforts here at OM® and underpins everything that we do in our lives. You might live somewhere that has signed the charter, you might not, but we hope that everyone who reads this blog will be inspired. To be kinder and more compassionate. To shine a spotlight. To ensure that no-one is left behind. 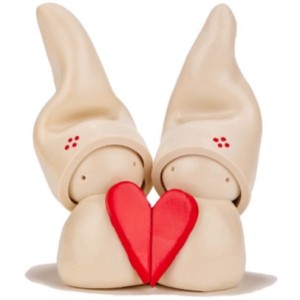 We are all connected.